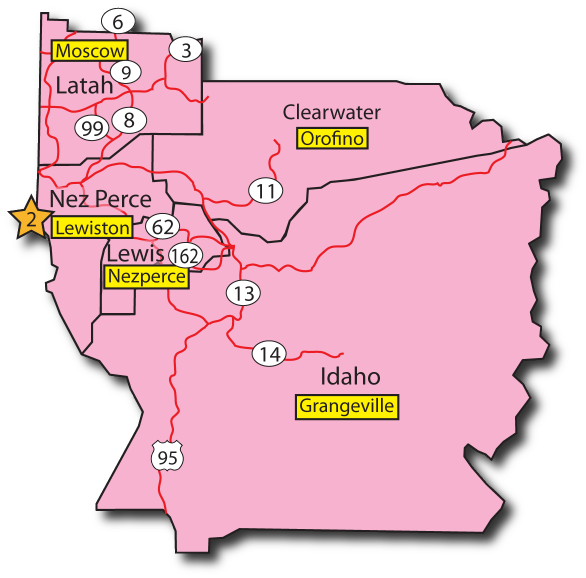 District Two stretches from Mineral Mountain in the north to a point just north of the 45th parallel in the Little Salmon River canyon. It encompasses one of the largest geographical areas in the state, with one of the smallest population of all the Districts. District Two borders Oregon/Washington on the west and Montana on the east.

Notable landmarks in the area include the world famous Hells Canyon, the Main and Little Salmon Rivers, the Nez Perce Indian Reservation, the Frank Church River of No Return Wilderness and the University of Idaho. The district is known for its world famous Salmon and Steelhead fishing on the Clearwater and Snake Rivers. Lewiston has the only inland seaport and it is utilized to ship wood and farm products worldwide. Five of Idaho’s six wild and scenic rivers run through North Central Idaho. The district is home to the Dworshak Dam, the highest straight-axis concrete dam in the Western Hemisphere