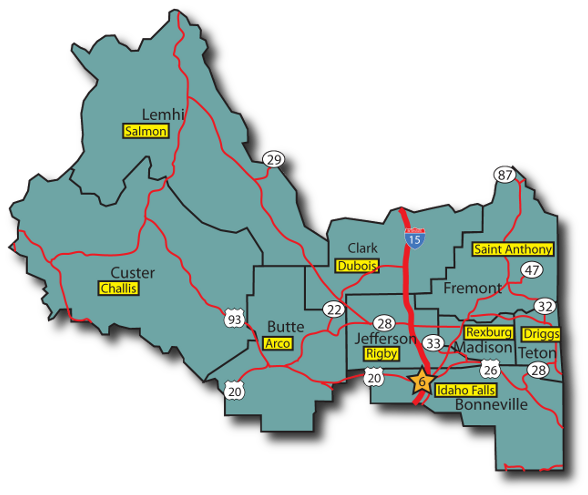 There are many recreational activities in District 6. Employees recommend fly fishing at Henry’s Lake, the St. Anthony Sand Dunes, Harriman State Park, and many areas in the district for snowmobiling, skiing, hiking, camping, fishing, and golfing.

District Six is bordered on the north and east by Montana and Wyoming, to the south just north of the city of Blackfoot and to the west by the Blaine County line. The district encompasses 18,588 square miles including the Upper Snake River Valley, the Teton, Lemhi and Sawtooth Mountains and Craters of the Moon National Monument.

Interstate 15 provides north/south access and US20 & 26 are used extensively for east/west traffic with access to Yellowstone National Park.