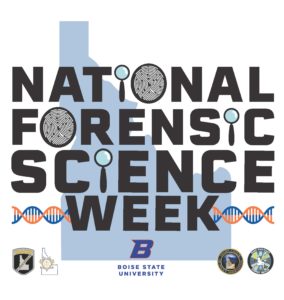 The crowning event in Idaho for National Forensic Science Week is an evening presentation for the community to emphasize the importance of forensic science in Idaho. This year we will focus on the use of the COmbined DNA Index System (CODIS) of the National DNA Index System to solve crimes in Idaho. Due to COVID-19, this year the presentation will be a hybrid of in-person and online. Join us for an interesting case study and learn about how Idaho is using CODIS to identify perpetrators of crime. 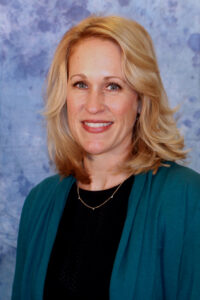 Presenters at the 2021 NFSW

Rylene Nowlin is the Laboratory Manager of the Idaho State Police Forensic Services Laboratory in Meridian, Idaho.  She joined the ISPFS biology/DNA casework/DNA database unit in 2002.  She was a full-time casework analyst in that unit until her promotion to Laboratory Manager in 2014. She continues to perform DNA casework in that unit.  Rylene is an Idaho native and in her free time enjoys volunteering with local 4-H groups and showing paint horses. 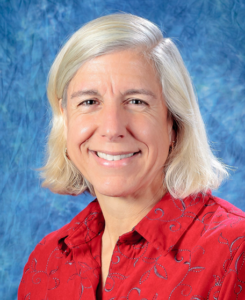 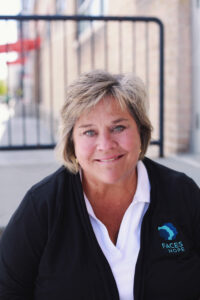 Jean M. Fisher works at the Ada County Prosecutor’s Office in Boise, Idaho as the Special Crimes Unit Chief Deputy and as the Chief Operating Officer of the Faces of Hope Victim Center which is located off-site of the prosecutor’s office.  Jean is a career prosecutor.  She began her career with Ada County as in intern in 1988.  She graduated from the University of Idaho College of Law in May of 1989 and began working for the prosecutor’s office one month later in June of 1989.

The bulk of Jean’s career has been dedicated to prosecuting sex offenders of children and adults, as well as well as physical abuse and neglect of children.  She has also prosecuted murder, arson, and serious felony kidnapping cases.  Jean has a long list of successful child abuse cases that have withstood the scrutiny of both the Idaho Court of Appeals and the Idaho Supreme Court.  In addition, Jean has taught several times for the National College of District Attorneys in Columbia, South Carolina, on trial advocacy.  She was also invited to speak at NCDA conferences on ethics as it relates in particular to prosecuting sex crimes.

In the fall of 2015, Jean was named Chief Operating Officer of the Faces of Hope Victim Center.   As COO, Jean works at the Center collaborating and developing community partners dedicated to serving victims of child abuse, sexual assault, domestic violence and elder abuse.  The Center houses 9 partners including Saint Alphonsus RMC, St. Luke’s RMC, Boise Police Department, Idaho Department of Health and Welfare, the University of Idaho College of Law, and the Faces of Hope Foundation.

Jean is married to her husband, Nate, and together they have two sons, both who are chasing their dream!

Presenters at the 2020 NFSW 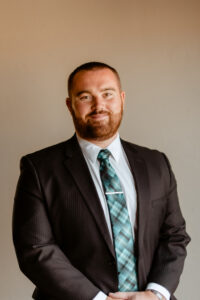 Andrew Foster is a Detective Sergeant with the Teton County Sheriff’s Office. He has served as a detective for four years and previously worked as a patrol deputy.  Sergeant Foster’s detective work focuses primarily on crimes of sexual assault and child abuse. Sergeant Foster has also worked on inter-agency teams to investigate homicides, burglaries, financial crimes, and drug investigations. Sergeant Foster completed the Law Enforcement Program at Idaho State University after graduating from Teton High School in Driggs, Idaho. He enjoys spending time in the outdoors, hunting, fishing, and riding dirt bikes with family and friends. Sergeant Foster married his high school sweetheart, Angela, and they have two children. He is proud to live and serve in the community where he was born and raised while he works to keep it a safe place for his own family. 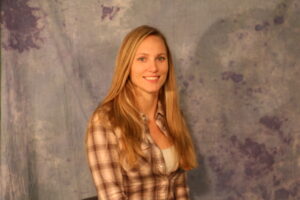 Katie Dace is a Forensic Biology Supervisor with the Idaho State Police Forensic Services Division and also serves as the State CODIS Administrator. Prior to joining ISPFS in 2016, she worked as a forensic biologist for the Denver Police Department, Texas Department of Public Safety, and as a military contractor providing forensic services overseas. In her free time she enjoys volunteering with animal rescue and spending time with her husband and 5 dogs. Colleen Fitzpatrick, PhD, the founder of Identifinders International, is widely recognized as the founder of modern Forensic Genealogy.  She has worked over two hundred cold case homicides for law enforcement using genetic genealogy analysis.  Most notably, she is credited with solving the 1992-1993 Phoenix Canal Murders – the first case solved using genetic genealogy (2015). Dr. Fitzpatrick and The Phoenix Police Department was awarded fifth place in the prestigious 2018 DNA Hit of the Year contest sponsored by Gordon Thomas Honeywell Affairs, out of 61 submissions from 14 countries.  More recently, Dr. Fitzpatrick, along with the King Co Sheriff’s Office, was awarded fifth place in the 2020 competition out of 50 submissions from 20 countries for solving the 1991 Sarah Yarborough Homicide – the first case where genetic genealogy was used to generate investigative leads (2011). Dr. Fitzpatrick is a pioneer in the application of whole genome sequencing to low level and highly degraded DNA, enabling identifications that otherwise were believed to have gone beyond the reach of modern technology.  She is a member of the Vidocq Society and an Associate Member of the American Academy of Forensic Science. Presenters at the 2018 NFSW The individuals named here are honored in recognition of outstanding and visionary leadership in forensic science at Idaho State Police Forensic Services (ISPFS). This award is given to an individual for implementation of a new initiative, completion of a major project, innovation, or exceptional leadership that benefits the laboratory system. The awardees are visionaries within the organization that push the laboratory system to new heights. Rick Groff was a visionary leader at ISPFS in many ways. Rick recognized the value of accreditation before many in the country recognized this revolutionary change in the forensic enterprise. Therefore, he led efforts in 1987 for initial accreditation of the laboratory system, and again in 2007 for the laboratory ISO 17025 accreditation. Idaho State Police Forensic Services was one of the first laboratory systems in the country to be accredited under the ISO 17025 program. Rick also promoted the certification of the criminalists in ISPFS to ensure their competence and professionalism. After meeting the standards and passing the written examination, he was among the first individuals from ISPFS certified by the American Board of Criminalistics on December 12, 2000. Idaho State Police was the first laboratory system to require certification of all analysts, and was the only laboratory system with this requirement for many years. Rick started with the lab when it was part of the Bureau of Laboratories in the Idaho Department of Health and Welfare. He and his boss were the only analysts when he started with the forensic section of the health lab. He was promoted to the position of lab manager after about five years, and served in a leadership position for the rest of his 37-year career with the forensic laboratory. Rick also served as system director, assistant bureau chief, and quality manager. He played a lead role as the forensic laboratory grew from a two-person laboratory in the early 1970’s to the three labs and approximately 25 people that were employed in the forensic laboratories when he retired in 2006. He worked hard to obtain the resources needed for the laboratory during the transition from the Department of Health and Welfare to the Idaho State Police. Rick recognized the need for an association of forensic quality managers to educate, discuss, and interpret quality standards, and to help in the implementation of new standards. Rick organized a gathering of forensic quality managers in the summer of 2001 to discuss the formation of a forensic quality assurance association and was elected the first president of what came to be known as the Association of Forensic Quality Assurance Managers (AFQAM). He was also a charter member of the Northwest Association of Forensic Scientists. Rick always pushed for a vision of ISPFS as a highly respected and quality centered laboratory system.

Britany has contributed to Idaho State Police Forensic Services by excelling as a scientist and moving forward a number of important initiatives. Britany has performed and assisted in the toxicology section with validations, trained new analysts, and was instrumental in getting the Pocatello lab set up with the new equipment and instrument methods.  Britany has been a major contributor in getting the National Integrated Ballistic Information Network (NIBIN) entry by ISPFS back online for Idaho.  This has been a significant development for Idaho, and new terminals are being added to Idaho soon to further accelerate this program.  When the lab system moved our electronic documents to the Qualtrax system, Britany provided assistance to every lab and almost every discipline in  getting the methods formatted for entry into Qualtrax.  This was not as simple of a task as we had initially predicted.  She is always willing to take on extra tasks that fall outside the normal scope of her job. Sometimes people may get the impression that Britany is selected and given certain tasks, but the reality of it is when there is a new system, she takes the initiative to learn about it and she steps up to provide support in any way she can.  Britany does not expect to get anything in return.  She does these things to make forensic science stronger in Idaho.  Britany has devoted hundreds of hours to supporting the Idaho Information Management System (ILIMS) system.  She is constantly troubleshooting, improving, and testing the system.  As an example of how she works, Britany took a crystal reports class on her own time and at her own expense, to develop skills that would be helpful.  She has supported every lab when new computers or updates are deployed to resolve issues that come up.  Britany consistently excels and goes above-and-beyond our expectations.  Congratulations Britany for being the 2020 Rick Groff Award winner. Corinna not only supervises 4 chemists in her own laboratory, but has assisted the chemistry Technical Leader with almost every major project for our section.  She also assists the Quality Manager with her duties as the deputy quality manager, and often fills in for the lab manager when she is away.  Outside of her outstanding work and work ethic for ISPFS, she served six years on the NWAFS board and is currently serving on the CLIC board, which is an international association.  Corinna has always done anything in her power to keep the lab system running, looking to the future, and effective.  She is one of our top case producers, she testifies for us in front of the legislature, she is a fantastic trainer and has trained many of our current staff.  Corinna is the best leader I have the pleasure of knowing. Anne’s contributions toward vision at ISPFS was her work on developing the new toxicology methods at ISPFS and enormous improvements in the number and types of drugs that can be analyzed and confirmed while also adding quantitative toxicology.  Not only did she oversee the development of this method in CDA, but she helped to get it implemented in the Pocatello lab and train the three analysts there to use the method.  Anne has taken at least two courses in process mapping and lean six sigma and has facilitated several of these exercises, including currently working with the DNA section on implementation of a lean six sigma efficiency project.  In addition to her duties as a lab manager, she also has worked a full-time case analyst workload over the last several years due to illness or injury to her staff members. She makes time on the ILIMS team and has worked on projects such as appropriate case allocation for the lab system, assigning lab system employees to professional organizations, and figuring the lab system instrument replacement schedule.